It was almost 15 days sky was pouring madly with no avail. She had always liked rains but when existence starts sinking leaving floating covers at surface with no breathing, it scares and you are left with a deep feeling to be with someone who understands you in utter silence where mere looking in each other's eyes sync everything in unison. That flow where nobody has to as such channelize the pool of energy in communicating the connections two living beings share on the rough surface of life. 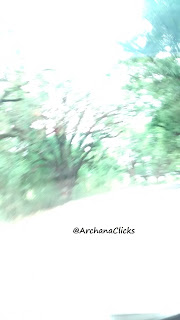 So much of green was everywhere except the places within her that were beyond the vicinity of human eyes rhyming with every beat of Rain she inhales with wet fresh air. He looked away and said "I am busy building the fort of life with thunderous clamour". She smiled and kept looking in his deep blank eyes to decode the mysteries that often leave her startled. She loved this process of swinging in-between her two equal halves, one that connects her to the unsolved mystery and other that reminds reality of desires & longings.

He was unreachable and she was uncontrollable. Desires keep the fire burning to ignite the substance of life and oxymoron keep adding the fuel to sustain the process. She longs and she consoles, she desires and she consoles. Cycle goes on in cycles and she goes on with cycles. Sky was full of black clouds and thunder confirmed that it would rain again for hours. Don't know how, rains have this special ability to revive you into new someone. You suddenly start doing things you never did and this new courage changes all the previous definitions of threat, danger, risk, fear, dos, don't etc.

With her naked soul she was busy weaving the fabric of love. She was aware, one day he would be wearing her love and she would be living in his fort. And now she knew she would go on for she was the warrior who often wins the battles of hearts.